Wired vs. Wireless Lighting: What Designers and Architects Must Know 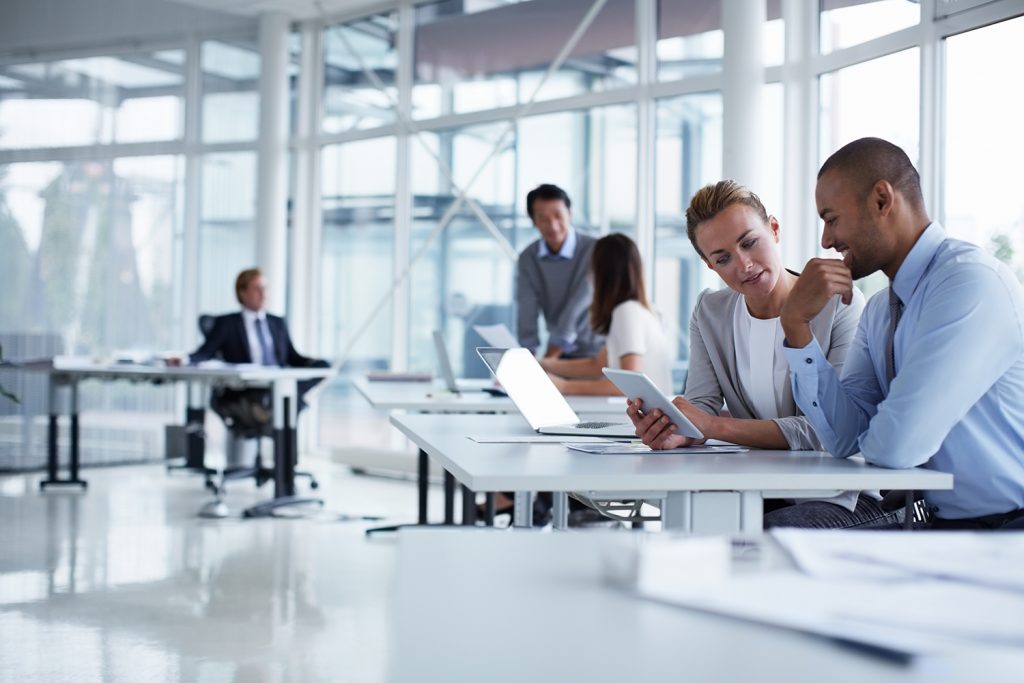 Business colleagues discussing over digital tablet at desk in office

Commercial and instructional buildings are amid a technological revolution.

Simultaneously, the traditional analog controls that ran these legacy lighting systems are being swapped with digital controls that work with sensors and software analytics to provide a more dependable and scalable control system over wired and wireless infrastructures.

But what are wired and wireless controls? What is the difference between the two? When should you use one over the other?

And what are some examples of both?

What are wired controls?

With wired controls, all your controls are hardwired, with every circuit and wire leading to a centralized location.

If you have multiple lighting fixtures, this centralized setup lets you use just one keypad or smart device to manage every single one of them, instead of a bank of various switches and remotes throughout the walls.

Perhaps best of all, there is no signal interference with wired controls, which are more practical for new installations and construction than retrofitting existing lighting systems, which can increase cumbersome labor costs.

0-10V analog controls are one of the earliest and simplest electronic lighting controls signaling systems. Initially used as a fluorescent dimming system, it has since become a reliable dimming control protocol for LEDs.

It is also perhaps the most widely used wired lighting control system available.

In a 0-10V, the control signal is a DC voltage that varies between zero and 10 volts. The lighting scales its output so that at 10 volts, the controlled light is at 100 percent of its potential output. At 0 volts, it is at the lowest possible dimming level.

In many cases, the dimming range of the power supply or ballast is limited. If the light output can only dim from 100 percent to 10 percent, a switch or relay will be needed to kill power to the system and turn the light completely off.

One of the unique benefits of 0-10V dimming is creating a sought-after ambiance. Your lighting becomes a multipurpose tool that aids in a range of activities and applications. Think, for instance, restaurants and hotels, which use dimmable lighting to create a particular atmosphere or ambiance, especially at night, to suit a mood or activity.

Another much-discussed wired controller is DALI, which stands for Digital Addressable Lighting Interface. It is a two-way communication system.

Here is how it works: A DALI ballast receives voltage through one pair of wires, while another pair relays a digital signal from the controller devices (like, for instance, a dimmer) to the luminaires.

Each ballast and relay switch is assigned a unique address to which commands are sent, allowing the system to be controlled from web-based software.

One of the most talked-about benefits of DALI is that it is easy to reconfigure and that the system can dim lights to much more precise levels of brightness.

The two-way communication between DALI ballasts and the luminaries allows the system to diagnose issues and relay feedback and data back to the user interface.

Like 0–10V dimming, DALI requires a lighting control cable, but the cable can run between many fittings. One DALI network can accommodate up to 64 DALI ballasts.

PoE moves lighting into the realm of your IT Department

At the simplest level, PoE stands for Power over Ethernet. It refers to the ability to use an Ethernet cable to carry network data and electrical power to connected devices, including light fixtures, enabling them to send and receive network data like an internet connection. You control your lighting over your IP network.

Ethernet cables power individual lighting fixtures, assign them unique IP addresses and ensure the controls software automatically discovers them. With each fixture having a unique address, the user can program commands and changes into the software without rewiring the lighting scheme.

PoE provides a fast and straightforward installation that can be done without an electrician, essentially turning lighting into an IT matter. Data is collected from other attached devices—like, say, a motion sensor—to prompt specified lighting commands.

If compatible fixtures are attached to the Ethernet cable, you can control everything from dimming, timing and sensors to color tuning and daylight harvesting.

It also allows users to keep an eye on energy efficiency, the life expectancy of the connected devices and any technical problems that may arise, which will lead to further cost savings.

You can even use the same Ethernet cables to power other devices like security cameras, door locks, phones and occupancy sensors.

What are wireless controls?

In a wireless system, control devices communicate through the air using radio waves, eliminating the need for control wiring.

All devices are battery-powered, and only the central processor is hardwired to the building’s electrical system.

Controls communicate signals from a wireless transmitter to a wireless receiver in a lighting controller installed at the luminaire, a junction box or a panel.

All devices are discovered, added to a programmable network and are grouped and given assignments during setup.

Devices must be in the range of each other to ensure reliable signal transmission.

But the elimination of hardwiring provides several distinct benefits, including flexibility, reduced labor and material costs and scalability. You also do not need to damage any walls or disrupt business operations.

Examples of wireless lighting controls include Zigbee, Z-Wave and, perhaps, the most well-known of the group, Bluetooth Mesh.

It has broad commercial and industrial application potential, from building automation to the Internet of Things, and it shows—it has seen a quick adoption in intelligent lighting, winning the attention of lighting professionals worldwide.

Earlier, Bluetooth was known for two things. The first was one-to-one pairing, such as audio streaming. The second was what they call one-to-many broadcasting, like beacons transmitting to multiple devices.

Bluetooth Mesh married Bluetooth’s open standard protocol with a topology called Mesh that uses nodes in a network to send messages to one another within a radio range, otherwise known as many-to-many communication.

A significant advantage for Bluetooth Mesh for LED lighting that the devices do not have to be in direct radio range of the originating command. Instead, messages are sent across a network from one device to another in a series of hops, therefore spanning vast physical areas.

Another advantage is that unlike Wi-Fi, which leans on a router to traffic commands between devices, Bluetooth Mesh does not need a router, which could become unavailable for various reasons and prevent the network of devices from communicating.

Without a doubt, whether wired or wireless, LED lighting controls are evolving at breakneck speed, offering multiple digital pathways to IoT-enabled services that are now part of many building automation systems.

These solutions fit those who design commercial and institutional spaces and whose end-users are looking for ways to lower energy expenses and usage, creating an ambiance that enhances occupant satisfaction and productivity—namely, every client in the book.

To learn more about how much more efficient LED lighting can be with the right controls, read: “5 LED Lighting Control Strategies That Cut Energy Costs.” 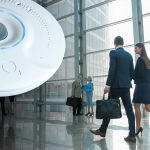 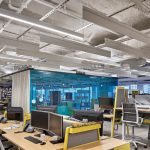