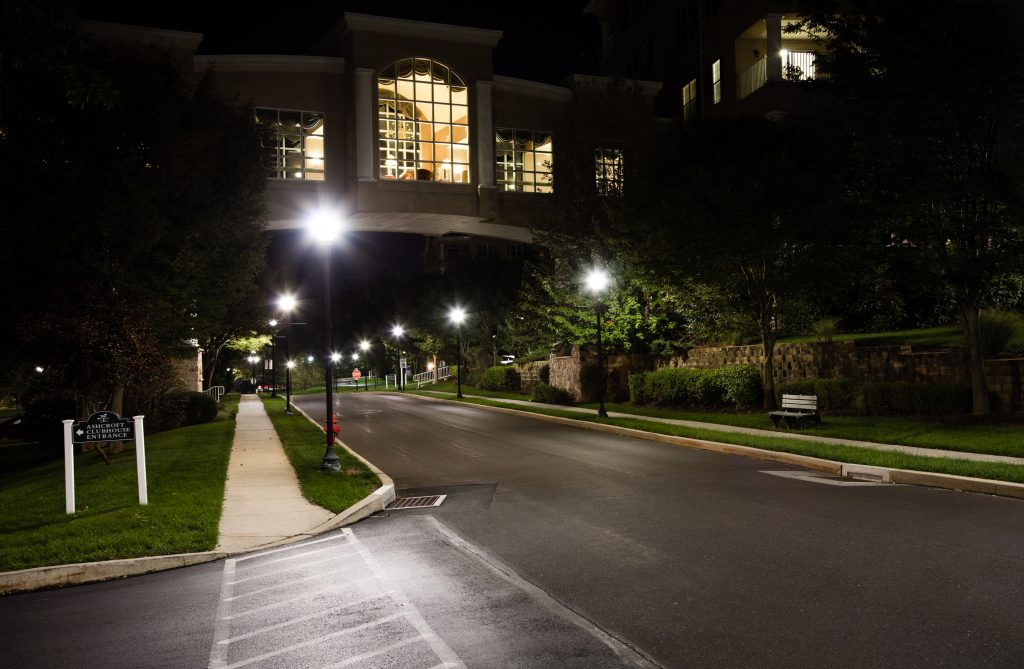 Amerlux, an award-winning design-and-manufacture lighting company, announced today its Avista pedestrian light engine has nearly lit 800 miles around the country—in less than four years—which is equivalent to the distance between New York City and Chicago.

Avista’s patented, IP66-rated sealed LED optical chamber and cutting-edge optics deliver extraordinary efficiency and output. Avista LED light engine was designed to work in new post top luminaires or retrofits, which takes less than 15 minutes per unit to install. In addition, the game-changing Avista LED light engine helps municipalities and universities save up to 75 percent in energy consumption, or even more with use of controls.

“Amerlux continues to solve marketplace problems with innovation,” said Frank Diassi, who is Amerlux’s founder and chairman. “Like universities and corporate parks, municipalities have the opportunity to dramatically cut their energy bill with support from the federal government.”

Billion-dollar government incentives are motivating municipalities to make smarter energy decisions with regulations that underwrite the expense until the incentives expire in 2019.

Federal regulations, such as the Energy Independence and Security Act (EISA) of 2007, continue to demand more energy efficiency with the next scheduled increase set for Jan. 1, 2020. Consequently, federal agencies and municipalities have started to turn their collective attention to LED solutions, which would position them for the higher standards.

In addition, energy efficiency is a big part of the American Recovery and Reinvestment Act of 2009, which remains in effect until the end of 2019. The $831 billion relief package offers plenty of line items for “green” technology. The law includes $13 billion worth of tax credits for companies to improve energy efficiency and another $4.5 billion for federal agencies to do the same.

According to a recent U.S. Department of Energy report, 2016 LED “Street/Roadway” lighting, which includes pedestrian lighting, reached a market penetration of 28.3 percent with 12.5 million units installed. The projects generate an annual energy savings of 14.9 million in British Thermal units (Btu), although the potential annual savings is estimated at 106 million Btu.

To date, the City of Los Angeles has upgraded more than 600 decorative streetlights with Avista LED light engines. Since the upgrade, the city has realized up to 75 percent reduction in lighting energy consumption and costs in the upgraded area, while visitors are benefiting from enhanced visibility and greater peace of mind.

For the City of Portland, the challenge was the shape of the globe and how to adapt LED technology to its exact specifications. Amerlux’s Avista addressed the challenge.

Since completing installation of the bulk of its acorn fixtures in July 2017, the city has been delighted with the results. “We went from 100-watt HPS to 42-watt LEDs, saving the city approximately 60 percent in energy consumption and costs,” said Lisa Elbert, P.E., signals and lighting engineer with the City of Portland Bureau of Transportation, who added that a rebate the city secured on the LEDs from the Energy Trust of Oregon and the Oregon Department of Energy further boosted the project’s ROI and reduced its payback period.

The light engine uses the directional nature of LEDs to gain an advantage over competitors who simply used LED to create a different type of 360-degree light source. It directs 96 percent of the light down to the ground, essentially eliminating the light pollution that was common in so many decorative post top fixtures, while dramatically saving energy.

Avista’s new LED engine is available in standard CCTs of 2700K, 3000K and 4000K, plus customized color temperatures. The award-winning product offers three horizontal lighting distributions—symmetric, asymmetric and low-glare street optic—so customers can direct the light where it is needed. 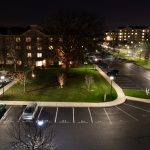 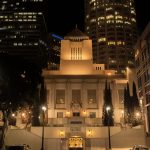