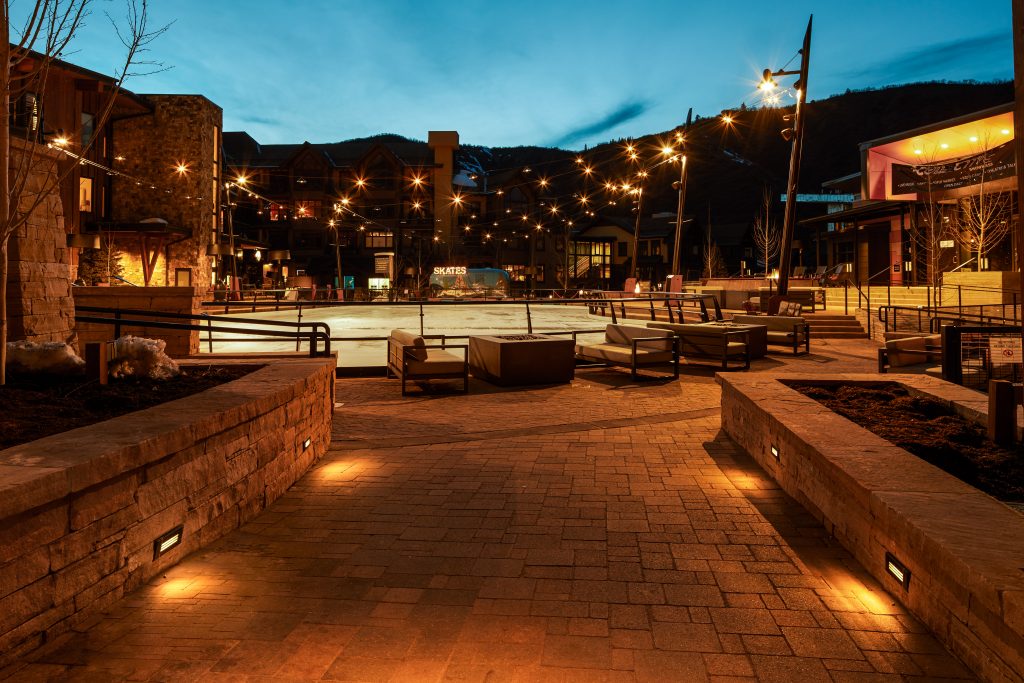 Snowmass Village, a ski town located in the Rocky Mountains near Aspen, Colo., wanted to redevelop its town center with new buildings for a hotel, condos, town hall and an outdoor ice rink.

Built around a 35,000-sq.-ft. plaza, the town needed a way to illuminate the space while still preserving the night skies.

“There are beautiful night skies in the mountains and the town officials and developers wanted to minimize light pollution,” said Mike Kershner, founder of ILC “There is some pedestrian lighting in the area, but the lights are very spread out. To maintain the natural darkness, we used step lights along the paths between buildings and in the plaza area. We needed an inexpensive step light with a high-end finish and top performance. Amerlux’s Passo step lights had way more light output than the competitors we were looking at and they were half the price.”

Kershner and his team have installed 125 Passo step lights, and as the village project continues, they expect to use another 500 by the time it finishes. Using a combination of 8-in. and 12-in. models, Kershner deployed the smaller lights throughout the plaza and placed the larger fixtures near the buildings where they needed more light.

The Passo lights preserve natural night skies with louvers that cut down on glare, and since they are not scoop step lights, there is no upward reflectance. “With Passo step lights, people can walk around Snowmass at night without intrusive lighting,” said Kershner.

Reducing glare and light pollution was just part of the environmental equation. The other half was Passo’s energy-efficient LEDs, which will provide Snowmass Village with years of maintenance-free light and minimal energy costs.

The rugged construction was also important: built to last, its sealed optical chamber keeps the snow, salt and water away from the led optics— preventing the most common reason for failure in other step lights.

To learn more about this case study and how Amerlux’s Passo LEDs “killed the competition,” read: “Shredding Slopes and Lighting Steps.” 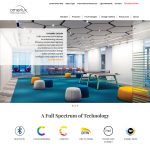 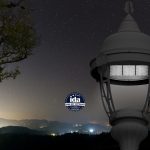